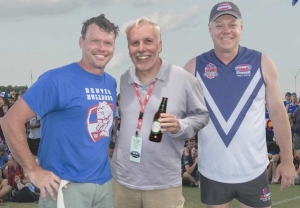 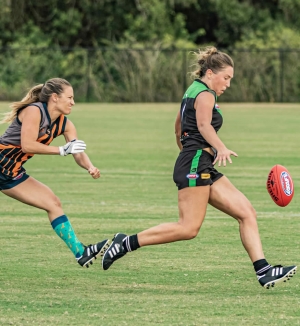 A Massive Year of Footy in the USA ahead

As we all start to brush off the New Years cob webs we thought we would let you know, in case you are still trying to get those Bluetooth headphones to work you got for Christmas, that USA footy in 2020 is going to be huge. Huge, I tell ya.!!

Let us kick off with the three Regional Championship events.  June 13th in Arlington Texas, June 27th in Cincinnati Ohio and July 11th in Westminster Colorado.  I know what you are thinking. Are those Central, Eastern and Western Regional’s not all in the same Central region in how the USAFL groups teams? You are right they are, and I thought the same thing.

As is seems to have been explained before the USAFL have now taken full control of the three regional events, including all logistics which includes field hire, officials, umpires and importantly hotel accommodation. The events are put out for bids by cities around the USA that want to host the events and have the necessary field requirements and facilities. This obviously narrows the field somewhat and with the notion that the USAFL probably also wants to move the event around to different cities each year, the selection available this year must have been thinner than normal we can only surmise.

So are you thinking we might as well throw out the window the Regional model of the USAFL and come up with something else? Well not so fast, the league must elect three Vice Presidents to ‘manage’ those current regions per their constitution and the election of officers. But perhaps we are getting to a stage for some change. (Incidentally last year USFootyNews separated the USAFL teams into 6 regions as you might have seen, as we thought it just made more sense from a reporting standpoint)

The USAFL National Championships on October 10th-11th go back to California for the second time in three years however it is not on the coast like the picturesque San Diego destination was in 2017, it is eastward inland, at Silverlakes Sports Park in Ontario. If one is using LAX as the inbound flight destination to California it can take from 1 hour to 2 hours plus, to drive to Ontario from LAX, depending on the pretty extreme LA traffic. There is an airport in Ontario, however it has much fewer flights. Players could be advised to book early if going direct. There you go, you heard it here first.

The 2020 USAFL Nationals will be massive though. The San Diego 2017 Nationals were the biggest on record and with the vibrant growth of footy down the west coast it is expected that Ontario will match that at least. In 2017 in San Diego, 53 teams represented 40 clubs on 6 fields and over 80…yes 80, 2x20 min half games were played. That’s a lot of games, it’s a lot of everything.

It has been discussed that Regional events can help form the seeds of divisions for the National Championships. But in essence we believe this is only relevant for Division 1 teams pretty much. The results of previous years Nationals continues to be the best guide to the coming years Nationals in our opinion, with a few minor exceptions. As well teams get 'options' on which division they can play, based often on how many players they have making the trip.

There are other events going on too in 2020. The International Cup in Australia in late July early August where the USA Revolution and Freedom teams will match it with teams from around the world, like they do every three years. This year the event is up on the Sunshine coast of Queensland, surely to be nicer weather, but not as prestigious as getting the chance to play on the MCG.

The finals however will be played as curtain raiser and curtain closer games (that’s new) to the Brisbane Lions v West Coast Eagles at the Gabba on August 8th. USFootyNews might get out there for this great event ourselves.

Held late March on the 28th, this event in 2019 attracted a handful teams to the sunny 70f weather of Phoenix AZ, but all reports it was a huge success and likely to grow even further each year.

There is also a new Invitational 12s tournament in Spring down in Savannah Georgia. This event was held last year organized by the Atlanta Kookaburras and new teams the Savannah Hurricane and Jacksonville Saints with players from the new Tampa Bay Sharks also attended. This year all teams are invited including women's teams.

And finally along with all that there are home and way events littered all throughout the year and mini (often three way) game day events which are now very popular all over the place. Tampa have already started practices and have a mini game with Ft Lauderdale on February 8th in Ft Myers FL, and other teams are either starting practice in February or running some social games at least.