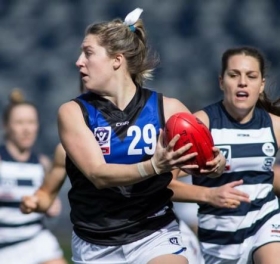 Katie Klatt In Melbourne playing for the Mugars.