Danielle Marshall from channel surfing to a pro AFLW contract 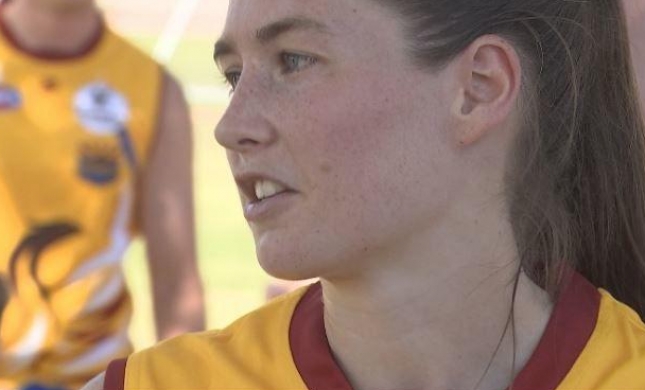 From channel surfing one day to a professional AFLW contract only a year or so later, such is the story of Danielle Marshall from the Arizona Hawks. A fabulous story of how quickly the women's game is spreading around the world and how these opportunities are available right now here in the USA. With so much talent here in the USA across all sports, this story wasn't surprising, maybe a little it would be a woman first though, however we believe it wont be the last.

Sure there are others players that have made a go of it in Australia as Americans, but none till Danielle Marshall have actually come through a USAFL club environment first.

Congratulations to Dani and the Arizona Hawks.

More in this category: Tim Tebow gets a footy lesson from Arryn Sippos »
back to top